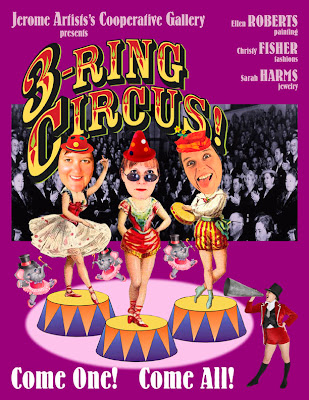 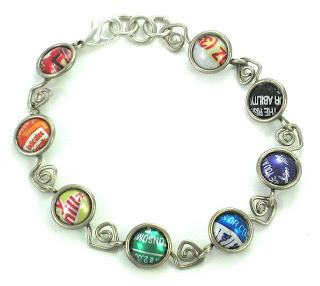 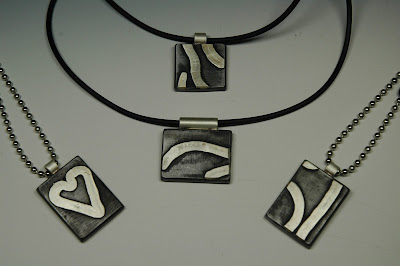 Kicking off the spring season in a wild collective romp, three artists with very distinctive styles and inspirations will join forces for a much-anticipated featured exhibit at the Jerome Artists Cooperative Gallery. The show, aptly titled “3 Ring Circus”, will showcase fashions from Jerome’s Christy Fisher, paintings and photos from Clarkdale’s Ellen Jo Roberts, and jewelry and metalwork from Camp Verde’s Sarah Harms.

“Our individual styles all vary quite a bit, but will complement each other in an awesome way when grouped together,” says jeweler Sarah Harms, “Having a common theme, and completely different works will make the show all that much more interesting to view.”

Christy Fisher, a Jerome resident since 1990, is well known and followed for her popular jewelry designs, boutique fashions, and ever-multiplying offshoots into new creativity. A coop member for 10 years, Fisher was born in Jackson, Mississippi. Prior to Arizona, she lived in Florida, both in the Tampa Bay area and Gainesville, Florida –as well as Boston, Boulder, Los Angeles and Atlanta. “I like living on the side of a mountain,” she explains of her home on Cleopatra Hill, ”I love the sunrises and sunsets-- the view here in Jerome is incredible.” 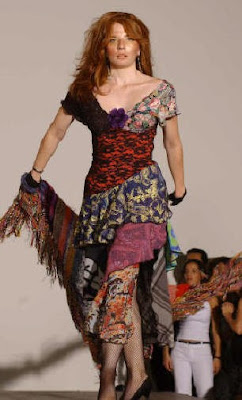 Fisher has an eclectic rock n’ roll history. “I started designing clothing when I was in junior high school, and sold my first garments when I was in high school. I have always loved the fashion industry...even as a child, I designed clothing for paper dolls”. Fisher modeled for Seventeen Magazine in the late 1960s and early ‘70s, where she met many interesting and helpful mentors in the fashion industry. She soon was creating stage clothing for many rock bands, and folks like Jimi Hendrix, Eric Clapton, Paul McCartney and Wings, and Frank Zappa's “Mothers of Invention”. “I owned a couple of shops in the ‘80s where I sold clothing to people like Leon Russell and Minnie Ripperton,” says Fisher, “I also performed in a few bands and did clothing for the tours. Some of the guys went on to perform with the Buddy Miles Express, and Lynyrd Skynyrd.”
Fisher continued on in the fashion business, where her lines were carried in places as varied as Macy's, Dillard's, Disney World, and the Smithsonian gift shop. She started her popular jewelry line in the early 1980s. By the late ‘80s, Fisher decided she wanted to concentrate more on the artistic side of design, rather than mass production pieces, so she began selling her work through art galleries and boutiques. Christy Fisher’s work is available through over 80 accounts across the US--including the Jerome Artists Cooperative Gallery. Fisher also owns 2 shops in Jerome: the Fool on the Hill, and Magpie, where she test markets newdesigns.
Why “3 Ring Circus”? Fisher responds, “One of my first summer jobs? I was the gorilla girl in the side show of a carnival”. Her other inspirations for the show are equally colorful: tattooed women, derby girls, sideshow wonders, clowns and carnival lights.
“I think the three of us are making a great bunch of clowns!” exclaims Sarah Harms.
A fan of the Rolling Stones, motorcycles, and fiery hot metal, Harms is one of the co-op’s newer members, having joined the gallery in May 2008. Born in Chicago and raised in Evanston, Illinois, Harms moved to rural Camp Verde, Arizona, 3 years ago with her husband and two young sons. “The Arizona landscape is very inspiring for me right now, and I have included some 'landscapes in metal' in the show. I also enjoy working with rocks, and AZ offers a slew of 'em!” Harms’ jewelry features hand-forged steel, beach stones, river pebbles, and gracious curves.
“I think forging steel is the coolest thing ever!”, she says with her typical high spirited enthusiasm. 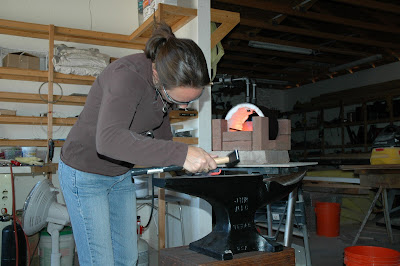 Her spiral and heart series, in varying styles, are her most popular sellers. She is also creating brand new pieces withstainless steel washers, with a ring element, using sterling, copper, and gold overlays, as well as bells, to chime in on the “three ring” circus theme. 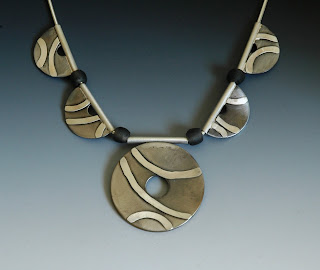 “For as long as I can remember, I have always liked jewelry,” says Harms. During her freshman year in high school a friend working on a ring for the jewelry design class inspired her. “The light bulb went on for me then. I quickly talked with my guidance counselor, to see what I had to do to get into that class, and made it happen. Senior year, I got a job apprenticing with another jeweler in her studio, where I worked for ten years. Originally, what probably inspired me to make jewelry was just me love of it. The sparkle, noise, and joy of wearing something cool. I still am inspired by the adornment aspect, but I am now more interested in the symbolism included in the work, and wearing jewelry as talismans on some level.”
The third ringmaster in this “3 Ring Circus” is painter Ellen Jo Roberts, member of the gallery since 1997. “This show is going to be outrageous,” Roberts declares, “We all share a common joyfulness that’s so cheerful and light-hearted.” Roberts also shares several other common links with Fisher, and Harms. She and Fisher were Verde Street neighbors in Jerome, and have joined forces for a successful featured artist show in the past. She and Harms share an Illinois connection. Roberts was born in Evanston and grew up in Chicago.
“Christy and Sarah were both my ‘neighbors’ at one time or another. Plus they’re both Virgos, and I seem to have an affinity for partnering up with Virgos. I’m married to one.” Roberts has lived in Clarkdale since 2001, where she shares a vintage brick bungalow with her husband, Chad, and an assortment of pets. She has a bachelor of fine arts degree from Northern Illinois University, and works as Group Coordinator for the Verde Canyon Railroad. Roberts’ paintings are small economical canvases, ranging from 6x8 up to 12x12, brightly colored and cheery, in durable heavy-bodied acrylics. “I call it ‘maximum artwork for minimum prices.’” Roberts finds inspiration in the American roadsides, western highways, vintage travel trailers, nature, and neon signs. “I think the traveling aspect of the circus is the element I bring to the show. The romance of the vagabond life. Plus, I am really quite fond of this here valley we all call home, being so close to the natural world, the river, and the interesting local history we have. ” An avid shutterbug with a collection of vintage analog cameras, she will also mix some photographs into the show, including several images that were captured with vintage Polaroid Land Cameras. How will the three artists mesh for the show?
“Are you kidding?,” asks Fisher, “We are the best sidekicks EVER---- All three of us have a strong sense of humor that we bring to our art.”
“3 Ring Circus” opens Saturday, March 13th, with a festive party from 5:30pm-8:30pm. Come one come all to the party under the big top! Refreshments and amusements will be provided.
The show runs through April 21st, 2010. The Jerome Artists Cooperative is located at 502 Main, Jerome Arizona, and open daily from 10am-6pm. For more information call 639-4276, or visit the gallery’s website at http://www.jeromeartistscoop.com/
Posted by ellen jo at 7:27 AM No comments: