Mark Lucas grew up around art. As far back as he can remember, his mother, also an artist, encouraged him to create. In fact, his mom relates that as a baby Mark would rather sculpt his food than eat it. He continues sculpting today—with glass!
Lucas began working with glass when he was 18. “The medium seemed interesting and challenging,” Lucas recalls. Lucas doesn’t stop with glass, although that is his primary medium sold at the Jerome Artists’ Cooperative Gallery. He has worked in many media including ceramics, pencil, ink, collage, silversmithing, stenciling and welding. His show “Micro to Macro” reflects his interests in glass, stencil work and sculpture.
Lucas was born in New Orleans, grew up in New York and Idaho, and moved to Prescott at the age of 16. After Lucas committed his life to art, his success grew. Eventually, he was able to move from Prescott to Jerome, and there, over the past 8 years, Lucas has built an art business that reflects his dedication to his work. Just this past year, he opened his own gallery in Jerome.
Regarding his new works, Lucas states, “Most of my new sculptures are based on biological forms like radiolarians, molds, and cells which I alter, evolve, and combine to create new forms.” Some of his glass sculptures can take over 100 hours to complete, being slowly built up using glass rods. All of his glass work is lampwork, in which the artist uses a torch.
Pieces created using stencils on wood is another form of expression that Lucas will be showing. These pieces are sure to engage the viewer with a “black on black” concept. Lucas states, “By using black on black, it brings people into the piece, as it is the interaction with the light that you see that is intriguing.” 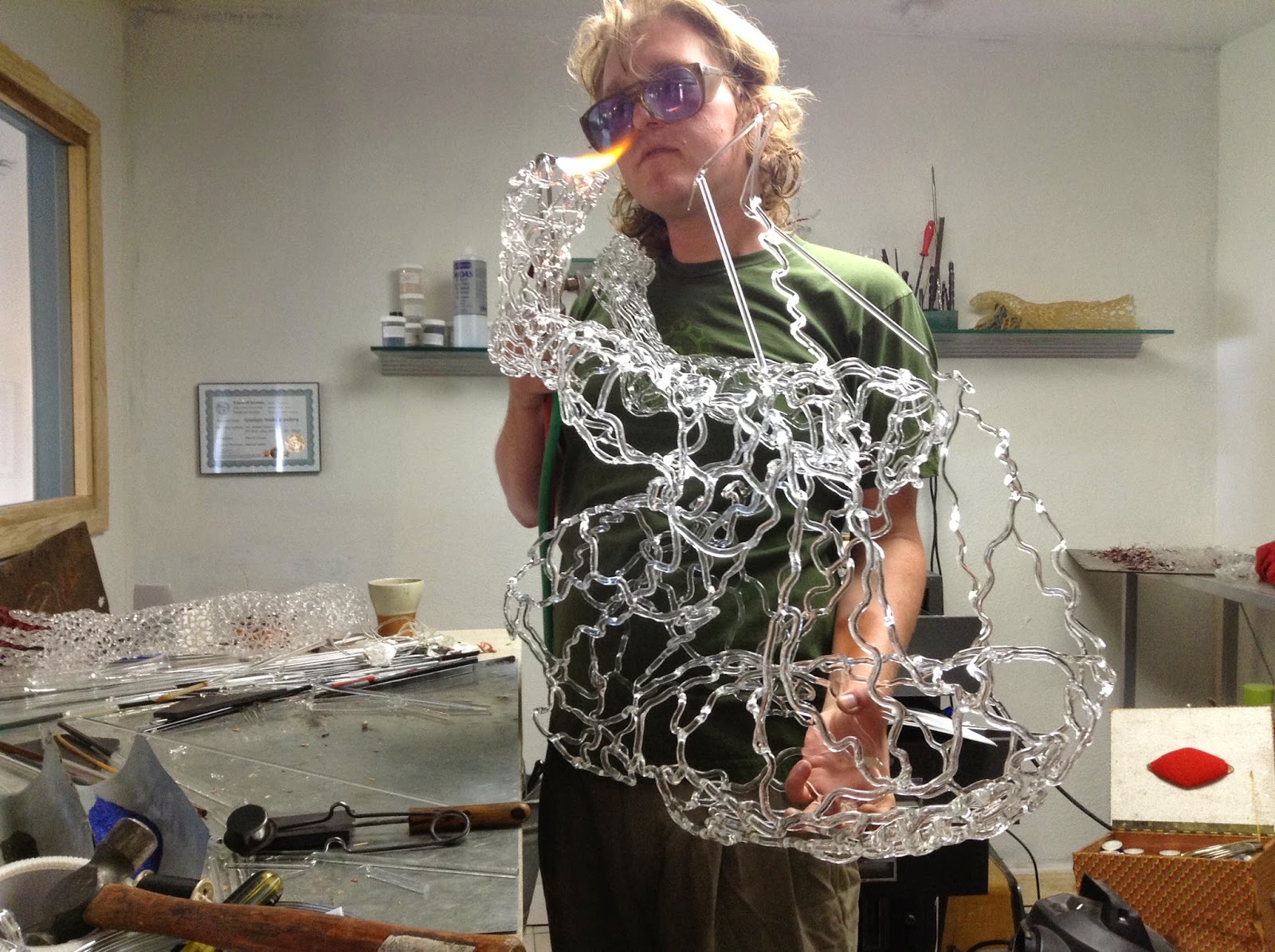 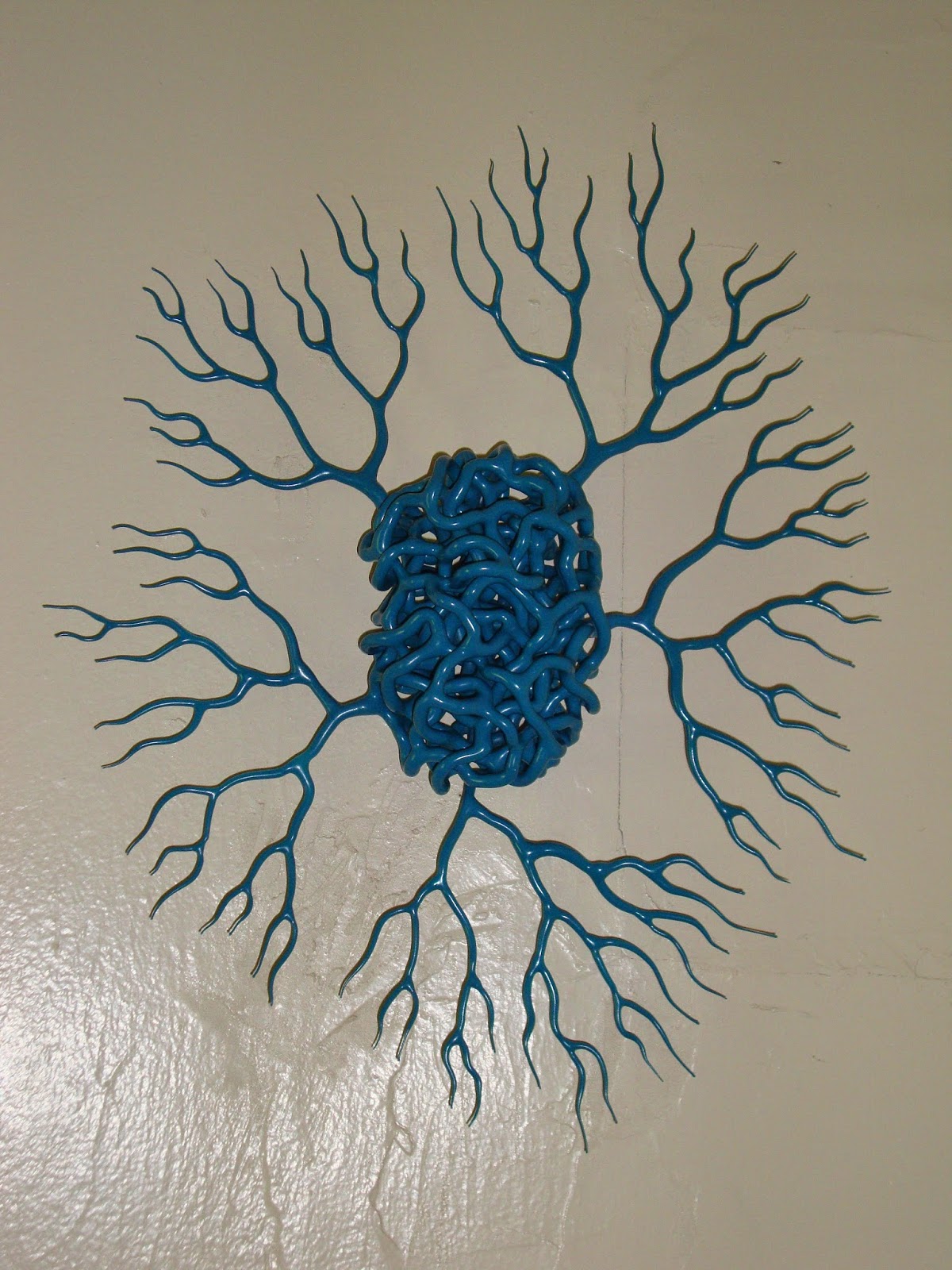 Posted by JAC Administator at 1:49 PM No comments: