“Two of a Kind” with Mary Rochelle Burnham and Jim Todd 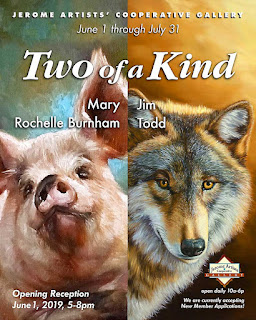 Illustrators are commissioned to take the needs of the client and produce artwork that is typically reproduced in print or other forms of media. To be successful as an illustrator, one must be disciplined to meet deadlines, have an ability to listen to and interpret the ideas given to them, work well with others, and possess professionalism and business savvy. The artist is given an idea from which he/she creates art to fit the needs of the client. In the fine art world, the artist begins with their own personal vision, transforms their ideas into art, then hopes to match a client with the piece to sell it.

Mary Rochelle Burnham began her career as a portrait artist at the tender age of eleven. Undecided whether to pursue fine art or commercial art, she first attended Wayne State University where she majored in drawing. Deciding that her goal was to be self-supporting, she transferred across Woodward Avenue and went on to graduate from the College for Creative Studies, one of the nation's leading art and design colleges where she received her BFA (Bachelor of Fine Arts degree) in illustration. Mary enjoyed a freelance career that encompassed everything from courtroom sketching that aired locally in the Detroit market, nationally and in the press, to illustrating product lines, death & destruction art for one client, drawing caricatures for parties and events, to designing logos and much more. Every job was a challenge, a learning experience and quite fun despite the sweat.

Mary Rochelle Burnham built a reputation as a fine artist as well, earning many awards with her paintings in juried art shows in Michigan and later in Arizona. Burnham taught classes and workshops to students of all ages. Her most recent workshop, in 2017, was outside of Zurich, Switzerland. In Arizona, she continues to teach art privately.

Jim Todd began oil painting at the young age of 10 under the instruction of his father. Jim studied commercial art in college while pursuing private instruction in oils. He has exhibited works in dozens of shows and galleries throughout the United States and has received more than fifty awards. Jim was chosen as one of the top 100 artists for the Arts in the Park’s National Art Contest. In 1992, he received the Artist of the Year Award presented by the greater St. Louis Art Association. Jim went on to establish a career in commercial illustration creating work for clients such as, Disney, Lucas Arts, Activision, Mattel, Microsoft Games and many others. After retiring from the commercial illustration business in 2011, Jim returned to what he loves best: painting in oils.

Todd paints a variety of subjects including still lifes, landscapes and surreal images. With his ability to portray intricate details, viewers feel as if they can reach into his paintings and grasp the objects. Todd has clearly established himself in the Trompe l’oeil tradition of oil painting. In “Two of a Kind” Todd will introduce his new wildlife series.

Mary Rochelle Burnham and Jim Todd are both passionate about their work, their work ethic, and it shows in their work. A reception for the artists will be held on Saturday, June 1, from 5-8 pm at the Jerome Artists’ Cooperative Gallery. Refreshments will be served along with a special live musical performance by local musician Tommy Rocks. Tommy ‘Rocks’ Anderson, an acoustic rock musician, has performed on stages throughout America. Best known for decades across America as a guitarist and singer, in Arizona, he is better known for being one of the state’s top ukulele players. Tommy Rocks created the Jerome Ukulele Orchestra which, in their first year, got noticed by America’s Got Talent. Later, Tommy formed the Sedona Ukulele Posse in conjunction with the Sedona Arts Center where he taught music for two years.

Treat yourself to a very special evening at the Jerome Artists’ Cooperative Gallery where you’ll find an evening of food, fun, wine, song, and of course, ART! June 1—5-8 pm. 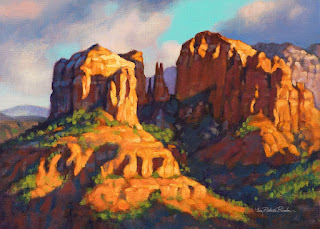 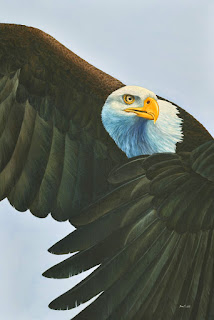 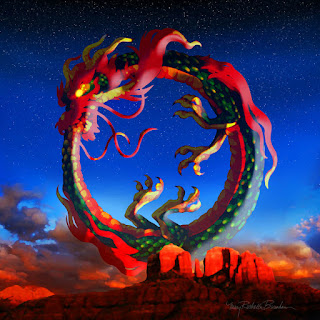 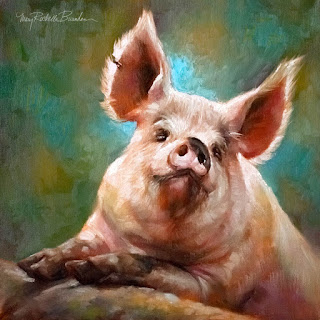 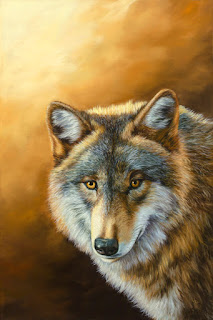 The Jerome Artists’ Cooperative Gallery is comprised of 37 local member-artists who work in a wide variety of media. To become a member, please stop by the gallery at 502 Main Street, or download an application from their website: www.jeromecoop.com.

Posted by JAC Administator at 5:29 AM No comments: